A Travelling Exhibition Across Canada

Behind the Lines displays the work of 20 contemporary Syrian artists, first shown 2016 at the Penticton Art Gallery. The pieces are from a range of mediums, including sculpture, painting, drawing, mixed media, digital art and photography:

The first exhibition at the Penticton Art Gallery was co-curated by Penticton Art Gallery Curator – Paul Crawford and Syrian architect Humam Alsalim. Alsalim is the founder of Cyrrus Gallery, an online platform for the promotion of contemporary Syrian artists, and the co-founder of the non-for-profit SYRIA.ART – Association pour la Promotion de l’Art Contemporain Syrien that seeks to provide a diverse, open overview of the Syrian art scene, and to shed light upon the dynamism currently characterising Contemporary Syrian Art in Syria, Europe and the rest of the world.

In the midst of a conflict that has gripped the entire world, a connection created through art is thus bringing Canada and Syria closer together. Art has always been a venue for human expression in all cultures, and sometimes it seems the greatest pieces arise from our times of deepest suffering. With no end in sight to the current violence in the Middle East, some Syrians are turning to art as a way of coping and expressing to the world what the conflict is costing their country.

Syrian architect Humam Alsalim and Penticton Art Gallery Curator – Paul Crawford collaborated in 2015 via the internet to arrange for 100 works of art by these 20 Syrian artists to be sent out from behind the lines of the Syrian War to be first exhibited at the Penticton Art Gallery.

“This work is powerful, raw and striking and I think could be the most important exhibitions I have undertaken. I am indebted to Humam Alsalim for curating this exhibition from his home in Damascus. It’s been a real feat of trust on both sides and I think we are both in awe that it has come all together on time and as planned. In total he has brought together the following 20 artists some of whom are still living in Syria and some of whom have fled and re-established themselves outside of Syria.” Crawford explains.

Behind the Lines | Contemporary Syrian Art aims to explore conflict zones and to see the people of Syria through art. Most of the 20 artists featured here still live in Syria. They come from places made familiar through news reports like Damascus, Aleppo and Homs. Many are now in Damascus. Some have left Syria altogether.

Crawford has described the work as “a testament to the capacity of the human spirit”. He added, “I hope these exhibitions will help build an even greater understanding of the Syrian people, their art and culture.”

The works all reference the devastating situation in Syria or are informed by it. Humam Alsalim and Rami Bakhos’ Cultural Beheading series mourns and rages against both literal and metaphorical destruction. The body parts in Omran Younis’s paintings are a graphic reminder of the horrors of war. Those depicted in Lina Malki’s Displaced series have a palpable sorrow. Fadi al-Hamwi’s large paintings of X-rayed cow hybrids discloses the brutal animality of the human and how war provokes and exposes the dark side of humanity. Khaled Dawwa’s clay sculptures that appear to be vandalized or corroded by time are informed by his own experience: He was injured in a 2013 bombing, then arrested, imprisoned, and now exiled. Khaled Youssef’s photographs of bubbles are tragic in their fragility yet childlike, as the artist says, “Make bubbles not war”.

Behind the Lines is not for the faint of heart, but it also affirms the incredible capacity of the human spirit to not only survive the most unimaginable circumstances, but thrive. For those still living in Syria there are few opportunities to exhibit and as such they have nothing left to lose and are making art for the sake of art. Individually and collectively their powerful work stands as a testament to their existence and hopefully will inspire similar voices not only in Syria but also here in Canada. This exhibition is meant to build a greater understanding of the Syrian People, their art, rich culture, history and the turmoil their country is undergoing.

“Over the last year I could have never predicted or even fathomed how relevant this shows would become due to the change in our government and the influx of all these Syrian refugees to our communities,” Crawford says. 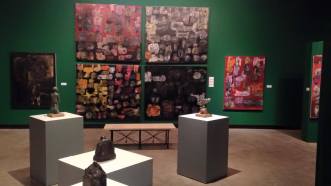 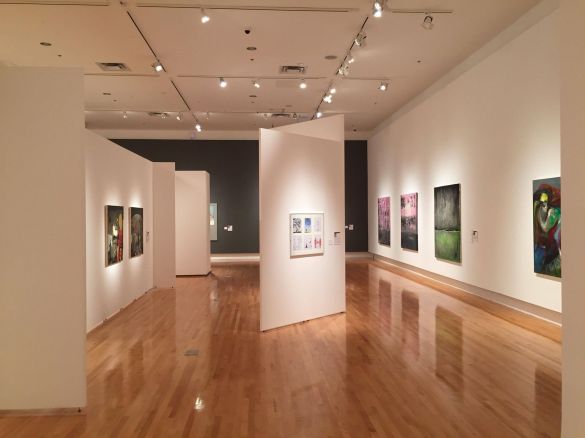 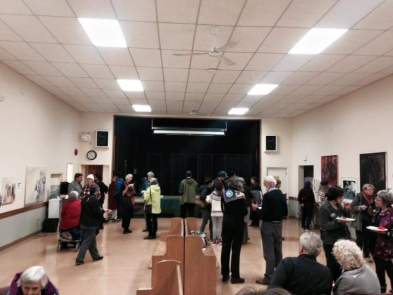 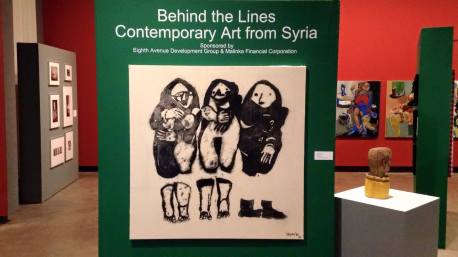 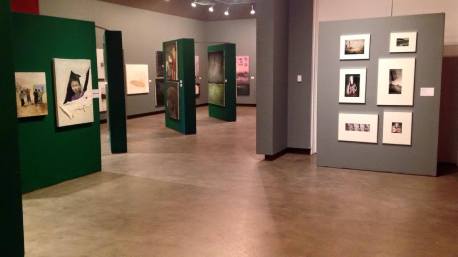